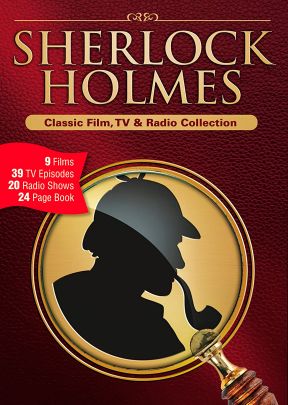 Sherlock Holmes Classic Film & Radio Collection — Many charismatic actors have played the man in the deerstalker cap over the years, but Basil Rathbone’s work (in tandem with Nigel Bruce’s lovably bumbling Dr. Watson) during the 1930s and 1940s remains the standard against which all other performers are measured. This remarkable collection shines the spotlight upon the iconic duo’s film and radio appearances, showcasing four of their silver screen collaborations, along with 20 of their acclaimed radio programs. The package also features five more cinematic interpretations of the celebrated sleuth’s adventures, starring the likes of Arthur Wontner and horror legend Christopher Lee – not to mention insightful commentary by Lee himself!

Sherlock Holmes: The Complete Series — This 39-episode series was the FIRST American television show of Sherlock Holmes adventures – and the only one for almost 60 years until 2012’s Elementary. The program aired in syndication from 1954-55 and was based on mostly original stories written directly for television. It stars Ronald Howard – the son of screen legend Leslie Howard (of Scarlet Pimpernel and Gone With the Wind fame) – as Holmes and Howard Marion-Crawford as Watson. Howard portrays a younger, more laid-back version of Sherlock Holmes based on the character in A Study in Scarlet and in line with Producer Sheldon Reynold’s vision. His rapport with Howard Marion-Crawford’s Dr. Watson is also more cooperative and less needling than most portrayals. It is a Holmes for a kinder, gentler age and a pleasure to watch. 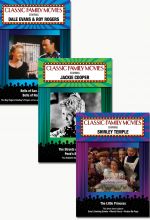 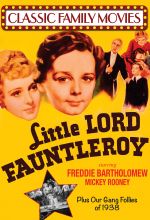 Little Lord Fauntleroy and Our Gang Follies of 1938