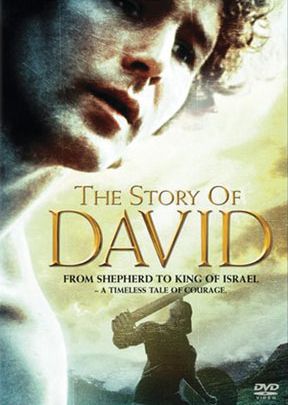 Timothy Bottoms and Jane Seymour lead a talented cast in this two-part story of the life of King David. It begins with his legendary battle with the giant Goliath, and ends with his romance with Bathsheba and struggle to preserve Israel. The story of David is a legendary saga of a man after God's own heart.

Timothy Bottoms and Jane Seymour lead a talented cast in this two-part story of the life of King David. It begins with his legendary battle with the giant Goliath, and ends with his romance with Bathsheba and struggle to preserve Israel. The story of David is a legendary saga of a man after God's own heart.

This 1976 TV telling of the biblical epic life of King David is in 2 parts. It starts out lukewarm in the first part, but redeems itself in the second half, making for some very interesting viewing, especially for those of us who love the Bible stories in film. The acting ranges from good to excellent, it has a atmospheric score by Laurence Rosenthal, some nice touches from the art department, and for the most part, even though it sometimes condenses/changes some of the situations, remains fairly faithful to Scripture, and many of the psalms are read or sung. Part 1 is about the young David, and his relationship with King Saul, and ends at Saul's death, with David being named king. Part 2 starts with the mature David, and ends with his son Solomon being anointed as king. One would think that this epic story could never be boring, but Part 1 has sections that are tedious at best, and drag what would have been a 5 star TV film down to 4 stars, despite the cast, which has Timothy Bottoms as the young David, Anthony Quayle wonderful as King Saul, and Norman Rodway effective as a hyper Joab, leaping about like a small mountain goat. Part 2 has Keith Michell as the mature King David, in a performance that has flashes of brilliance and is always highly entertaining, and Brian Blessed shines in several scenes as Abner. Jane Seymour is a gorgeous Bathsheba, and she shares palpable chemistry with Michell. Also good is Susan Hampshire as a very blond Michal. There is an abundance of blue eyes in this film, but then most of the actors seem to be British. Directed by David Lowell Rich and Alex Segal, and written by Ernest Kinoy (the 2nd half particularly well written), this is well worth watching, but you may need some fortitude to get through Part 1. Highly recommended for further viewing of this story is the TV Bible Collection "David" starring Nathaniel Parker, Leonard Nimoy, and Jonathan Pryce.

This was a made for television movie from the 1970's. It is the story of Saul as well as David, as their lives were so intertwined. The story is split into two different parts, each is as long as a full-length movie so we split it up over two nights. This telling of the story is more accurate to the Bible than the others I have seen, and maybe that is due to the long length, where they were not under pressure to cut so much out. The thing that may confuse you, is the fact that they have two different actors playing David. But in keeping with scriptural accuracy, David is shown with red hair, and many bible scholars agree that the reference to his appearance being "ruddy" is translated from the original test as "red" or red haired. The story begins with David as a humble shepherd who becomes harp player to King Saul who is very emotionally strained after the prophet Samuel chastises him for failing to follow God's instructions in a battle. Samuel advises Saul that God will anoint another in his place to become King in his place. Saul's is full of jealous rage as David becomes hero to his people, and becomes anointed, so Saul and attempts to take Davids life. Naturally we have the scene of the battle of David and Goliath. The movie is very effective at showing the conflict that David has in his own reverence to Saul as Gods first anointed King over the people. He will not kill Saul, despite Saul's constant attempts on his own life, as he feels it will offend God. The story continues afters Saul's death in battle and on into David's assuming the throne. It includes the story of Bathseba, and the scenes with her bath and subsequent lovemaking with David were shown on television, but are sill too strong for the kids so prepare to send them out of the room for a bit.

I just finished watching the movie this evening. I really like the movie. It is one of the more Biblically accurate movies I've seen on the life of David. The movie covers the period of Saul's rejection by God to Absolom's rebellion. However, it skips lots of things in the middle. The acting is at the same time wonderful and lacking. They do a great job in acting, yet they always seemed a bit reserved when it came to emotion. Events that would seem to be full of emotion were acted with a bit of monotone. Yet, this is a good movie. Set in Israel and hearing the blessed Name, YHWH, in a movie is such a treat! There are definitely anachronisms such as the battlements and 3 story houses displayed. They didn't exist at the same time. And you wonder why they leave certain things out that would appear to have made the scene more powerful. But all these critiques are trifles. It is still a great movie and I recommend it to anyone. The pace is good (considering the movie was made in the 70s) and it kept my attention. Some parts were absolutely brilliant. Parents, you'll enjoy this movie with your kids because there is little violence overall. Some suggestive places in dealing with Bathsheeba, but nothing that forces you to explain anything! If you want more action, I'd recommend Turner Network's David. It's also very good and has a bit richer/deeper acting.

Guide for The Story of David