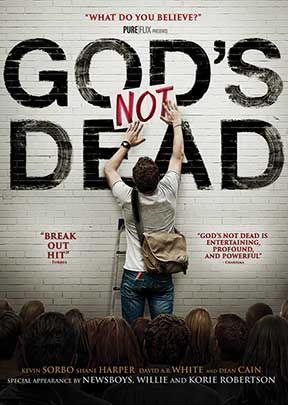 ﻿When your faith is tested, can you explain what you believe? Kevin Sorbo, Shane Harper, Dean Cain, and David A. R. White star in this film that follows one college student’s courageous defense of his belief in God—jeopardizing his faith, his relationships and even his future.

College freshman and devout Christian, Josh Wheaton (Shane Harper), finds his faith challenged on his first day of Philosophy class by the dogmatic and argumentative Professor Radisson (Kevin Sorbo). Radisson begins class by informing students that they will need to disavow, in writing, the existence of God on that first day, or face a failing grade. As other students in the class begin scribbling the words “God Is Dead” on pieces of paper as instructed, Josh finds himself at a crossroads. Josh offers a nervous refusal, provoking an irate reaction from his smug professor. Radisson assigns him a daunting task: if Josh will not admit that “God Is Dead,” he must prove God’s existence by presenting well-researched, intellectual arguments and evidence over the course of the semester, and engage Radisson in a head-to-head debate in front of the class. If Josh fails to convince his classmates of God’s existence, he will fail the course and hinder his lofty academic goals. With almost no one in his corner, Josh wonders if he can really fight for what he believes. GOD’S NOT DEAD weaves together multiple stories of faith, doubt and disbelief, culminating in a dramatic call to action. The film will educate, entertain, and inspire moviegoers to explore what they really believe about God, igniting important conversations and life-changing decisions.
GOD’S NOT DEAD features a talented cast of actors including Kevin Sorbo (SOUL SURFER, HERCULES, ANDROMEDA), Shane Harper (GOOD LUCK CHARLIE, HIGH SCHOOL MUSICAL 2), David A.R. White (BROTHER WHITE, REVELATION ROAD and JERUSALEM COUNTDOWN), and Dean Cain (LOIS & CLARK: THE NEW ADVENTURES OF SUPERMAN), with special appearances by Christian super-band Newsboys and “Duck Dynasty’s” Willie and Korie Robertson.

One of the best movies we've seen in a long time. Beautifully presented, compelling and convincing, not preachy, well done. I've recommended this to many people! So delighted to see it was a young man who struggled to learn what he needed to know to bolster what he firmly believed. Would that everyone would do likewise! Sally Howard

What this story is about is happening to most kids in most colleges today. Howard Storm who was a professor at Kentucky State and had a death experience, claims that "most" not all professors are athiests and so have our kids approximately 4 years to indoctrinate. It's no wonder they leave home spiritually intact and leave college very confused or full blown athiests.The timeliness of this movie is no accident. God is removing our blinders. Share this with everyone you know! 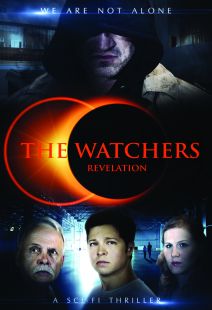 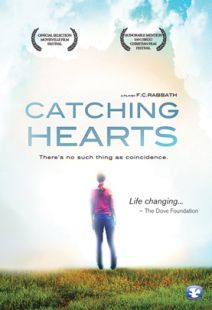 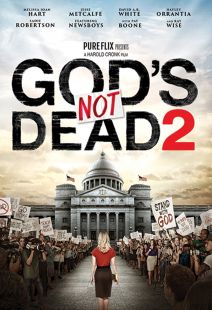 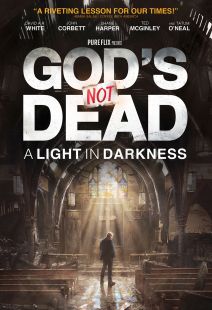 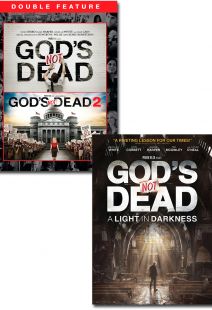