Our People: The Story Of William And Catherine Booth 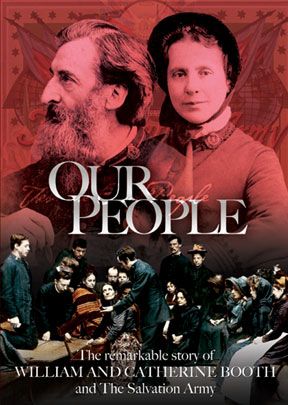 This is the story of William and Catherine Booth, founders of The Salvation Army. It is a gripping narrative of struggle, difficulty, love, and ultimate triumph.

﻿This is the story of how one couple took God’s love to the poor. Walking the poverty-stricken streets of Whitechapel late one night in the summer of 1865, William Booth observed neglected children, drunken women, unemployed men, and prostitutes plying their trade. That night he decided, "These will be our people."

What followed makes an enthralling story of spiritual passion, courage, and faith leading to the birth of The Salvation Army. Young people, often as young as 18, opened the Army’s evangelistic work in mining towns or even new nations and the Army expanded globally. The Army’s social work was born, compelled by love, reaching out to prisoners and downtrodden. Teaming up with journalist WT Stead, the Army tackled the sexual trafficking business that entrapped hundreds of young girls.

Almost everyone has dropped money into a Salvation Army kettle or given away used clothing and housewide items to the organization. But how many know who founded it or where or why? This find documentary using old photos, art, and the comments of 11 historians-0-some of them members of the SA--brings to life the story of this remarkable organizations and of the equally remarkable couple who started it.

Just after the American Civil War William and Catherine Booth began working among the poor after William was walking through the slums of White-chapel and, noticing the destitute women and children, and the unemployed men, many of them drunken, and declared, "These will be our people."

Catherine became not only his able backer, but companion, often preaching and speaking before thousands, something very scandalous in those Victorian, patriarchal days. William soon attracted some able followers who contributed their ideas, one of them being that a more military style of organization be adopted, well suited to William's somewhat autocratic style of Leadership, and thus the name and shape of "The Salvation Army" was born.

The SA spread throughout England, then America and Asia, with thousands of young officers, some of them as young as 18, spreading the SA's compassionate brand of Christianity. Although William was more prone to evangelism than social welfare, he accepted the various social ministeries devised by his officers. The SA attacked the sex slave business, offering redemption and shelter to thousands of its female victims.

One night William was surprised to learn that hundreds of homeless were sleeping under London Bridge, soa large building was transformed into a shelter for the homeless.

The SA was not all sober and somber either, both Booths believing in the power of music. Soon SA bands were accompanying the street preachers, serving both to draw a crowd for the hearing of the word, as well as praising God during the service. The 74 feature also includes 45 minutes of additional commentary and other material. This would make a good film to use as part of a series of feature films dealing with social concerns.

Bought this at a conferance in Adelaide watched it 3 times since moving and informative.

If you heard the radio story of the Booths you will not be disappointed in the movie. Lots of detail to cover and this movie shows the characters unique personalities and places very well 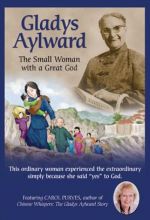 Gladys Aylward: The Small Woman With A Great God 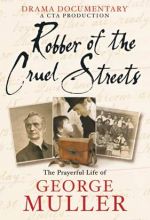 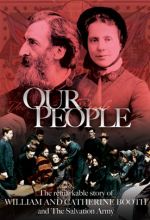