A Mighty Fortress is Our God - Great Hymns of the Church 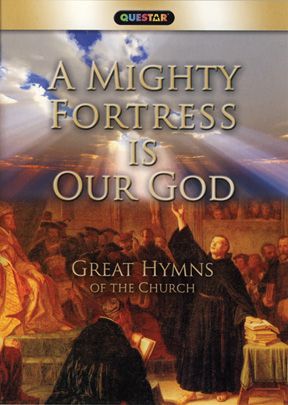 Great Hymns of the Church Sung in Church for Generations including... A Mighty Fortress is our God Be Thou My Vision All Creatures of Our God and King O Sacred Head Now Wounded

Great Hymns of the Christian Faith Sung in Church for Generations.

A Mighty Fortress is our God
One of the best loved hymns of the Protestant tradition. Composed and written by Martin Luther, the hymn has been called the "Battle Hymn of the Reformation." The words paraphrase Psalm 46.

Be Thou My Vision
A traditional hymn from Ireland often attributed to Dallan Forgaill in the 8th century, commemorating the ministry of Patrick of Ireland in a region of the Roman Empire ready for spiritual awakening.

All Creatures of Our God and King
Francis of Assisi, circa 1225, wrote this hymn shortly before his death, but it was not published for almost 400 years, Francis founded a monastic order, the "Mendicants" who followed the way of poverty, ministering to the poor and sick. This hymn attributed all things on earth to God.

O Sacred Head Now Wounded
This Christian hymn is based on a medieval poem addressing Christ's body on the cross. The hymn was a reminder of our sin and the wonder of God's grace that forgave all.