The 7 Churches of Revelation - Set of 2 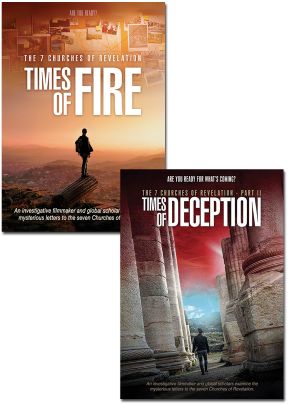 This set includes Times of Fire and Times of Deception, which examine the mysterious letters to the seven Churches of Revelation.

Times of Fire — Many Christians believe we are living in the “Last Days.” The recent turbulent years of uncertainty and worldwide unrest have provoked the deepest questions of our lives. In the book of Revelation, the hostile times preceding the return of Christ are vividly described. We wonder, could it be soon? “The 7 Churches of Revelation: Times of Fire,” the first of three feature films, examines the first three letters from the resurrected Christ given to the last living apostle, John the Beloved, for the 7 Churches of Asia Minor.

Investigative filmmaker, Christophe Hanauer, travels to present-day Turkey, where the seven Churches were located, to uncover the secrets of these prophetic letters. He uncovered many clues to the daily hardships of these first-century churches. His discoveries from the archaeological sites reveal that Christianity had spread like wildfire across the Roman Empire, challenging ancient pagan worship and the order established by Imperial Rome. The Roman Emperor was intent on stopping it, persecuting anyone who rejected his claim to deity.

With a circle of scholars and theologians to provide the historic and cultural insights, we begin to see connections to our modern world. Within these mysterious letters, we find keys to the heart of God for His Bride. Are our hearts prepared for his return? Is today’s Church ready for these times of fire? Widescreen.

Times of Deception — This second film in the series investigates the final 4 churches: Thyatira, Sardis, Philadelphia, and Laodicea. It ventures to these ancient church locations to uncover what we can learn today from the warnings given to those churches of the 1st Century. These Biblically prophetic letters point to a future that applies to us today. What do they warn? What important understandings are we to heed? 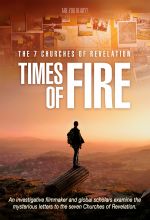 The 7 Churches of Revelation: Times of Fire 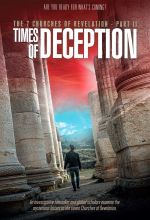 The 7 Churches of Revelation: Times of Deception