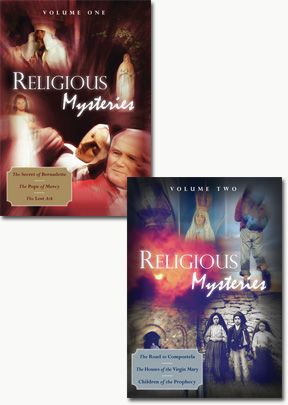 Religious Mysteries: Volume One — This new documentary film series presents investigations into intriguing mysteries connected with the stories and history of famous Catholic saints, apparitions, Popes, and holy places, and some amazing findings from these studies. This DVD includes three separate films.

The Secret of Bernadette
An exploration into the apparitions of Our Lady of Lourdes to Bernadette Soubirous in 1858, as well as into the character and holiness of St. Bernadette, the secret of what made her such a great saint, and the incredible reality of her beautiful, incorrupt body 130 years after her death. Includes glorious footage and photography of Lourdes, and Nevers where Bernadette lived as a nun in the order of the Sisters of Charity. This film also reveals the little-known and amazing link between the visions of Lourdes and of St. Catherine Laboure, and the Shrine of the Miraculous Medal in Paris where St. Catherine had her apparitions.

The Pope of Mercy
Tells the story of the deep relationship between Pope John Paul II and St. Faustina Kowalska, the Polish nun whose visions in the early 20th century were the origin of the incredible worldwide diffusion of the Divine Mercy devotion. The Pope and the nun never met in person, and yet their stories are so profoundly intertwined that they significantly marked the entire pontificate of Karol Wojtyla, who established the feast of Divine Mercy and died on the eve of that feast in 2005.

The Lost Ark
Journey to Ethiopia in search of the Ark of the Covenant carried, according to legend, from Jerusalem to Axum by Menelik, son of the Queen of Sheba and King Solomon. For many centuries the Ethiopians have claimed to have this most sought-after relic in history, housed in the Church of Our Lady of Zion in Axum, and how they carefully guard it from the world because it is such a sacred and mysterious object. Hear the testimony of an Italian architect who, on entering the sacred building to inspect a damaged section, claims to have seen and photographed the Ark.

Religious Mysteries: Volume Two — This second film in the new documentary series presents investigations into intriguing mysteries connected with the stories of famous Catholic saints, apparitions, and holy places, and the amazing findings from these studies. This DVD includes three separate films: The Houses of the Virgin Mary, about Mary's homes in Ephesus and Loreto; The Road to Compostela, the story of St. James the Apostle and this famous pilgrimage route; Children of the Prophecy, about mysteries linked to the visions and children of Fatima. 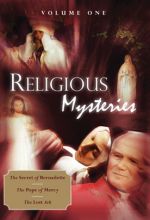 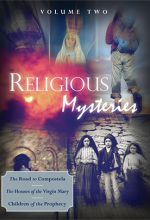