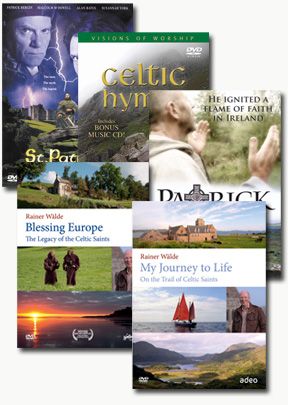 Celtic Hymns — Delightful film from Ireland and its coastal islands accompany instrumental Celtic hymns, meditations and prayers. Performed by Simeon Wood, John Gerighty, Michelle Wooderson (Robin Mark Band) and others. Stand by the roads, and look, and ask for the ancient paths, where the good way is; and walk in it, and find rest for your souls. - Jeremiah 6:16 Includes: The King of Love My Shepherd Is, Love Divine, All Loves Excelling, Be Thou My Vision, Columba's Affirmation, He Hideth My Soul, St. Patrick's Breastplate, Christ With Us / The Protection of Christ, Amazing Grace!, O the Deep, Deep Love of Jesus, A Celtic Blessing, O Sacred Head Now Wounded, Leaning on the Everlasting Arms, Bi A Iosa, Im Chroise, Living Water, Bunessan, The Deer's Cry, Jesus I Am Resting, Resting, The Old Rugged Cross, Oasis of Peace, and Holy, Holy, Holy! Special Features: Includes inspirational on-screen scriptures, a BONUS menu option giving full lyrics to all songs, sing-a-long lyric SUBTITLES which can be selected via your hand held remote or player, and a bonus music CD. A PDF of the song lyrics is available at www.visionvideo.com.

My Journey to Life — Journey back in time to the origins of Christianity in Ireland and Britain. Travel from Dublin to Lindisfarne and find out about St. Patrick, Columcille, Brigid, Aiden and Cuthbert. Be inspired by the many ancient prayers, songs and rituals. Discover how a daily rhythm of life -- with set times for solitude and for Christian Communion --benefit our spiritual well-being. Explore how a spiritual life following the course of nature and admiring creation can help us to draw near to God. DVD FEATURES: German language track

Blessing Europe — Join Rainer Wälde as he sets out on a fascinating journey through Europe on the trail of the Celtic saints. Discover the origins of Christianity in Ireland and journey with the Irish monks as they embark on their great adventure through France, Germany, Austria, Switzerland, and Italy. Following the success of his multi-award-winning documentary film, My Journey to Life, Rainer tells the stories of four major Celtic saints, with narration by Roy Searle of the Northumbria Community. Set out with Columbanus, regarded by some as the ‘first European’, on his incredible journey that will take him from Bangor in Northern Ireland to Bobbio in Italy. Relive the story of his companion, Gallus, who founded a monastic cell on the banks of Lake Constance out of which emerged a great religious and cultural centre that became the present day town of St. Gallen. Receive fresh inspiration from the beautiful music and soul-stirring prayers of the Celtic tradition. Discover the great legacy of the Irish monks and accompany Rainer on a moving journey to the source of life. French and German language tracks. Widescreen.

Patrick — ﻿He’s been shrouded in myth for centuries, but who is the real Saint Patrick of Ireland? This DVD explores the true story behind the legends and inspects the life of a real man who most likely lived in the 5th century. As a sixteen-year-old boy he was captured and sold as a slave to Ireland. In the loneliness of his captivity he encountered the freedom of God’s grace. After escaping enslavement he returned home, but in an astonishing twist, he clearly heard God’s call to return to Ireland and bring the Gospel to his former captors. With a combination of fiery boldness and gentle compassion he pushed back the forces of darkness and lit the flame of faith in pagan Ireland. Learn about Patrick’s extraordinary life in this docu-drama, featuring enlightening interviews with noted scholars and captivating reenactments of Patrick’s life.

St. Patrick: The Irish Legend — This is the first ever feature film depicting the life of the world-famous Irish hero. Armed with only courage and conviction, Patrick's unwavering belief that good conquers evil would liberate Ireland and alter the course of history. Patrick Bergin, Malcolm McDowell, Alan Bates, and Susannah York star in this lush production filmed on location in Ireland. Patrick is born in Britain, the privileged son of nobility. At the age of 16, he is kidnapped by Irish raiders and enslaved by a cruel druid chieftain. Six years later, following many vivid dreams and visions of destiny, Patrick escapes and returns home to England and a sheltered life with his loving parents Concessa and Calpornius. Troubled by new visions of the Irish people pleading to be freed from enslavement and hardship, he returns to the turbulent country intent on liberating the nation. His mission is jeopardized by British Bishop Quentin, who believes the Irish are warlike heathens, but his unwavering courage in the face of adversity ultimately forces Ireland to abruptly turn in a direction that changed history forever. DVD Features: Languages: English, Sound: Dolby digital sound, Viewing Format: Full Screen, Chapter Selections 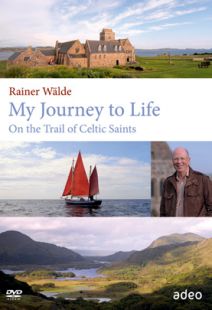 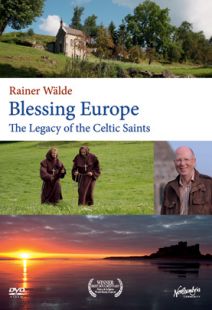 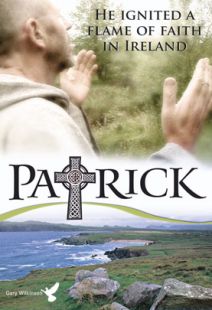 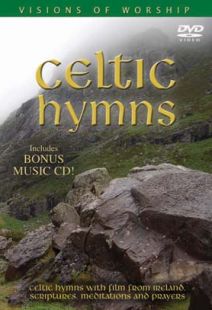 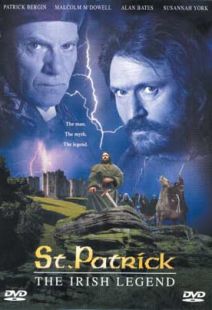