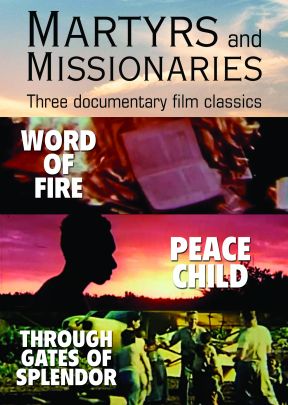 Word of Fire (1977, 25 minutes): Throughout the ages it has always been Satan’s purpose to destroy the Bible. Through Roman Caesars, through Korean rulers, African Queens, and Communist governments. But God has been faithful to keep the Bible alive through His people. Learn the terrible price that others have paid so that we and our children can have God’s revealed word. Directed by Rolf Forsberg.

Peace Child (1974, 27 min + 20 min intro): Filmed in the unspoiled jungles of the Southwest Pacific, Peace Child dramatically documents the startling reaction of primitive headhunters and cannibals to the Gospel as it was presented to them by missionaries Don and Carol Richardson. Introduced by the film’s distinguished director, Rolf Forsberg (Parable).

Through Gates of Splendor (1961, 36 minutes): Five missionaries went into the land of the savage Aucas in the rain forests of Ecuador. Their offer of friendship was rejected, and the Aucas killed the missionaries. Elisabeth Elliot, wife of one of the martyrs, her daughter, and Rachel Saint would not give up and eventually lived among and brought the Gospel to the Aucas. 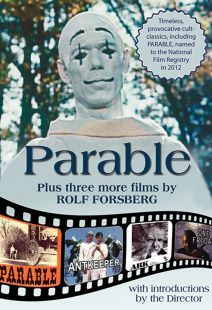