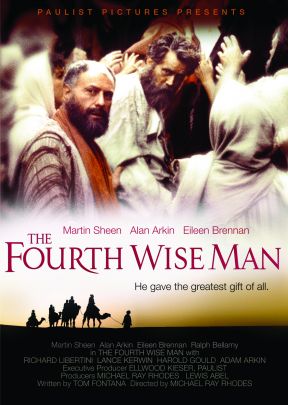 Based on Henry van Dyke's classic, The Story of the Other Wise Man, this fictional story set in Biblical times is told in gently comic terms. A Magi named Artaban (Martin Sheen) sees a sign in the heavens that he hopes will lead him and his faithful servant to the Messiah. Artaban takes with him three precious gifts to present to the Messiah. For 33 years Artaban pursues Jesus, only to miss Him at every turn.

Based on Henry van Dyke's classic, The Story of the Other Wise Man, this fictional story set in Biblical times is told in gently comic terms. A Magi named Artaban (Martin Sheen) sees a sign in the heavens that he hopes will lead him and his faithful servant to the Messiah. Artaban takes with him three precious gifts to present to the Messiah. For 33 years Artaban pursues Jesus, only to miss Him at every turn. Along the way, Artaban uses his gifts to help people in dire need. He now has nothing to present to the Messiah when he finds Him. The story culminates on Easter Sunday as Artaban, old and dying, finally encounters the new King, bringing peace to his life. A deeply moving experience examining what true faith really means. Starring Martin Sheen and Alan Arkin.

Based on The Story of the Other Wise Man by Henry van Dyke, this story contrasts the meaninglessness of life without God to the meaning of life with God. Artaban is a physician and scholar who plans to meet the other wise men to go and see Jesus when the star appears. He sets out to present three precious jewels to Jesus, misses the other wise men, then spends the next 33 years in pursuit of Jesus, never finding Him. Along the way, he uses the gifts to help others. Finally his pursuit ends as he sees Jesus just after the resurrection. Saddened that he no longer has a gift to bring, Jesus assures him that he has already given and that Jesus has accepted his gifts. Quality acting from Martin Sheen, Alan Arkin, and Eileen Brennan, and the inclusion of humor to help make this fine story an excellent choice for junior and senior high students, and adults.

What's New on the Bookshelf with Shirley Updyke

This is in time for the holiday season, it's entitled "The Fourth Wise Man," he gave the greatest gift of all. Based on Henry Van Dyke's classic, "The Story of The Other Wise Man" a fictional story set in Biblical times he is on a search for the meaning of life. It is told in gently comic terms. It concerns a Magi named Artaban who studies the prophecies and witnesses a sign in the heavens he hopes will lead him to the Messiah. He takes with him three precious gifts to present to the Messiah. For 33 years, he and his friend pursue Jesus when he finds him. Experience the peace he finds when Artaban finally encounters the new King.

I have long loved the classic story based on Henry Van Dyke's "The Story of The Other Wise Man," and can remember being given the book in a small gift edition as a much desired Christmas present over 50 years ago by my parents. I have wanted to see this production for television for many years also. It lives up to all my expectations. The fictional story set in Biblical times concerns a Magi named Artaban who studies the prophecies and witnesses a sign in the heavens (the Star of Bethlehem) that he hopes will lead him and his faithful servant Orantes to the Messiah, the Christ child. Having sold all his possessions, Artaban takes with him three precious stones as a gift to the Messiah. Artaban and his servant pursue Jesus for 33 years, only to miss him as Artaban, a skilled Magi/doctor, stops to help those in dire need whom he encounters on his journey using his life's gift in jewels to pay for the needs of others. He has no gift left, nothing to give the Messiah when he finds him on the way to Golgotha. The story culminates as Artaban, now old and expiring from his journey and giving all of himself for others, finally sees the risen Jesus, who tells him "As you have given it to others, you have given it to Me." Many watching this story will see, as the author intended, the parallel of Artaban's gift of all of himself to others as the life of Jesus also. The acting of Martin Sheen as Artaban and of Alan Arkin as his servant Orantes is superb. This is a very moving performance and message, in both the story and video. It should be in video collections in all Christian libraries.

Vision Video offers a treasure trove of Advent and Christmas films suitable for many ages.

I believe this movie is a masterpiece. It starts out slow but then grabs your interest. I believe the video is an excellent example of what a Christian's life should be like.

The power of the gospel is presented in the film. It was excellent. The questions of purpose and meaning in life are answered here.

This history does not appear in the Bible but as its told teaches the same love that Jesus want it to do for every one in the world. A man trying to reach the king to give him a precious pearl that he bought by selling all his properties and his house to buy this precious pearl. I can recall that Jesus told the story about the precious pearl. I never see in the Bible the fourth Wiseman but any way is very warm in teaching love and God received his present from this man.

What an absolute Great movie!!!!What an absolute great message!!! The Director dances you about with laughter then you wind up soberly crying and weeping when Martin Sheen finally meets Jesus and you just see the back of Jesus and He Jesus says... In as much as you have done it unto one of the least of my brethern You have done it unto Me. A Must See Movie For all ages.

Susan - the forth wise man

it was a very good movie i luved it

It is an inspiring movie regarding the true meaning of faith and serving God. Martin Sheen's performance is riveting. His friendship with the outcasts is truthful and touching. it brings tears to my eyes. I highly recommend this movie.

Anybody in the UK like me will find THIS DVD infinitely better than the one released in the PAL Region 2 area. THIS DVD is NTSC Region 0, making it playable practically worldwide. Unlike the other version, THIS DVD includes extras, and the picture quality is far more superior. If you want a DVD that looks like it has been transferred from a VHS video, keeps jamming, and has no extras, then go for the PAL Region 2 version. If you don't want these problems, go for the NTSC Region 0 version.

This is an excellent Christmas movie for the whole family. Although it's somewhat slow moving, the story line more than makes up for the impatience you may endure. I say it's worth every minute of your time! Four stars! 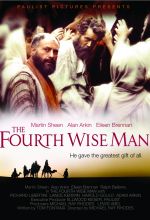 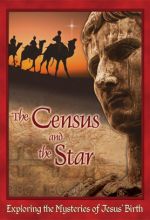