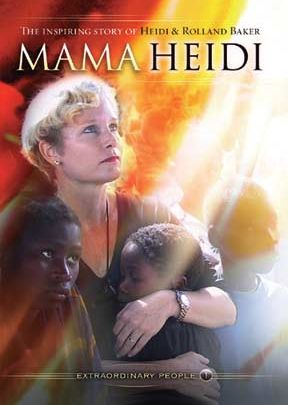 In 1994, Heidi and Rolland Baker arrive in Mozambique amidst the hard times following the Mozambique Civil War. Even the Red Cross trucks were not safe and were bombed. Before coming to Mozambique, Heidi and Rolland worked as missionaries in Indonesia and China. After hearing about the conditions in Mozambique, they decided to go there and work with the poorest of the poor. They make a difference by adopting a dilapidated orphanage. The children had all kinds of diseases and sometimes even ate rats to survive. Heidi and Rolland began caring for the children, educating and feeding them.

During the hard times, sometimes even threatened by death, Heidi and Rolland experienced amazing miracles of healing for the blind, crippled and those afflicted with AIDS.

Currently, Heidi and Rolland provide three residential orphanages and schools, caring for 700 children. Hundreds more are cared for by many of their thousands of pastors. The Bakers serve the most forgotten, including street children, prostitutes, the imprisoned and those surviving off a huge city dump.

This documentary shows how Heidi and Rolland are a powerful inspiration for many in Mozambique, Africa and around the world. Fullscreen.

Would you give up your lifestyle and move to a war-torn country to minister to orphaned children? Heidi and Rolland Baker did. Since the 1990’s, the Bakers have lived in Mozambique, setting up centers, schools, and clinics for needy children. They continue their work there today. Mama Heidi is a powerful, multi-award winning documentary that presents the story of their life and work in Mozambique. In their own words, the Bakers convey their struggles – like being shot at – and joys, like seeing a child recover from pneumonia. On camera, Heidi interacts warmly with the children, choosing whom to bring home, holding babies suffering from AIDS, and hugging new graduates. Attributing all successes to Jesus, Heidi Baker says it is simple to make a difference. She challenges viewers to simply "stop for the one" in front of them. The Bakers have made a difference in the lives of thousands of children. Hearing about them in this captivating documentary is simply inspiring.

Mama Heidi is the heroic story of Heidi and Rolland Baker who provide love and refuge for a multitude of forgotten children. During the hard times, sometimes even threatened by death, Heidi and Rolland experienced amazing miracles of healing for the blind, crippled and those afflicted with AIDS. Currently they have three residential orphanages and a school, caring for 700 children. Hundreds more are cared for by many of their thousands of pastors. The Bakers serve the most forgotten, including street children, prostitutes, the imprisoned and those surviving off a huge city dump.

Ten years ago Heidi and Rolland Baker went to Mozambique on a mission to seek out and work with the poorest of the poor, whom they found in a decaying orphanage lacking the barest of essentials. In the ensuing years, the Bakers have reached out to the neediest of the street children, providing them with healthcare and educational support; today, they maintain three residential orphanages and schools that care for 700 children. Heidi, whose Tammy Faye Bakker-like voice and girlish demeanor belie the fact that she has a Ph. D. in theology, is the main focus of this profile, which offers ample proof that individuals helping one by one can change a nation. While she does not urge others to sacrifice to the same extent, she does ask us to "see the one in front of you," "stop for one," "love the one"…Mama Heidi is an engrossing depiction of one couple’s good work in struggling Africa and an inspiring call to service. Recommended.

After Heidi Baker learned about the orphans created by the Mozambican civil war, she declared to her husband, "Let's go there!" Through this documentary-style film, we see the effects of Heidi's three enthusiastic words. The camera follows Heidi through streets, dumps, and orphanages, revealing the excitement and dangers of her life. In simple, relatable language, Heidi uses her experiences to show the audience how God is healing the continent of Africa. Because of the Baker family's compassion, hundreds of street children are in safe orphanages, thousands of Africans have become pastors, and even more have heard God's Word. By the end of the film, viewers may find themselves getting off the couch in search of a tissue and plane ticket to Africa. Because Mama Heidi is entertaining and inspiring for all ages, this DVD is perfect for church libraries.

Can one person make a difference in this world? This movie may convince you that answer is, "Yes." Mama Heidi is the story of Rolland and Heidi Baker who chose to reach out to the destitute, sick, homeless, and friendless -- when even Red Cross trucks weren't safe. Mozambique, Africa, of the mid-1990s was a war-torn country filled with sickness and starvation, where children ate rats and garbage to stay alive. Already experienced missionaries, the Bakers entered Mozambique with their children and with a calling - love the one, see the one. The 52-minute color documentary chronicles how the Lord triumphed through the Bakers in the midst of deplorable circumstances. He was, as usual, not thwarted from His purposes. At the production of the 2003 film, the Bakers were directly caring for 700 children in schools and orphanages, while native pastors cared for hundreds more. The movie will touch your heart, and could lead you to touch another. Reviewed By: Deborah Deggs Cariker

I just watched this moving story on DVD which I got at my public library. The Baker's are the real deal. They are obeying the Scriptures by visiting orphans widows in Africa. They live amongst them. Mamma Heidi came from an affluent family but always had a heart for the unreachable and unloveable. I would love to do what they are doing but I'm not equipped. I'm just a one talent member of Christ's body.

The Bakers are most humble and selfless people on the planet. So full of faith and the love of God. Such a great reward awaits them!!

You have given me sight to see that I just need to love the one in front of me. That is easy. 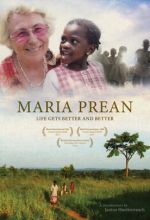 The amazing story of missionary Maria Prean is told in this award-winning documentary by Janina Huettenrauch. Maria was 60 years old when she decided to start a new life. She moved from Austria to Uganda, a country with more than two million orphans.