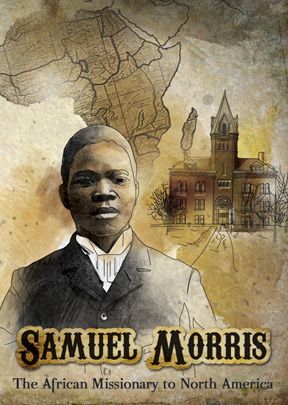 In 1892, 18-year-old Prince Kaboo of Liberia’s Kru tribe had been captured by the rival Grebos. When Kaboo’s people could not pay his ransom, the young prince was readied for execution. But at the last minute, there was a blinding flash of light and a mysterious voice that said, “Run Kaboo, run!” Escaping his enemies, Kaboo found his way to an American Missionary outpost where he became a Christian. After learning all he could from the American missionaries, Kaboo (now taking on the name Samuel Morris as a witness to his new life) was determined to set out for America where he could learn more about his Savior. He survived a harrowing over-sea journey and amazed the hard-bitten sailors with his tenacious faith. Arriving in New York, Morris continued to tell his astonishing story to all who would listen. His quest for knowledge eventually led him to Taylor University in Indiana. There Morris’ bold faith and miraculous story brought revival to the ailing campus as well as the surrounding community.

Samuel Morris: The African Missionary to North America is an amazing documentary about the true-life story of an African prince who became a missionary to North America. In the late 1800's, Prince Kaboo of Liberia's Kru tribe was captured and held for ransom by a rival tribe, the Grebos. Kaboo's people ultimately could not afford the endless ransom demands, so the Grebos prepared to execute Kaboo - yet what can only be described a divine miracle (a bright flash of light and an inexplicable voice calling "Run, Kaboo, run!") enabled his escape. Kaboo received aid from an American missionary outpost, converted to Christianity, and took the new name of Samuel Morris. With a desire to learn more about the Heavenly Father that saved him, Samuel traveled to America, and his faith was destined to spark a transformation within Taylor University. An unforgettable and uplifting documentary, Samuel Morris: The African Missionary to North America is highly recommended for both public library and church library DVD collections.

The remarkable story of Samuel Morris—a young Liberian who came to America in the late 19th century to deepen his Christian faith—is told in this interesting biographical documentary. Born Prince Kaboo, Morris (who would eventually take his English name from the American benefactor of a missionary) escaped a brutal kidnapping at the hands of a rival tribe, finding his way to a welcoming coffee plantation in Monrovia. Once there, Morris discovered that his own miraculous release from captivity—involving a heavenly bright light and the voice of God—sounded a lot like the conversion of St. Paul on the road to Damascus. Still a teen, Morris became a fervent Christian who wanted to know more about the Holy Spirit. Resolving to go to the United States to find a new mentor, Morris talked his way onto a passenger ship and famously converted the hard-nosed captain and rough crew. His talent for sparking a spiritual awakening in others carried over to his time in New York City with missionary Stephen Merritt, and later to Taylor University in Indiana, where his reputation spread beyond the campus to local churches, both black and white. Morris's extraordinary tale is told here using a combination of archival materials, drawings, and interviews with historians. Highly recommended. 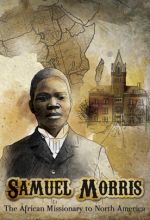 Samuel Morris, African Missionary to North America features interviews with historians, authors and representatives from Taylor University as well as historical photos and new graphic illustrations that bring the story to life.