My Journey to Life: On the Trail of Celtic Saints - .MP4 Digital Download 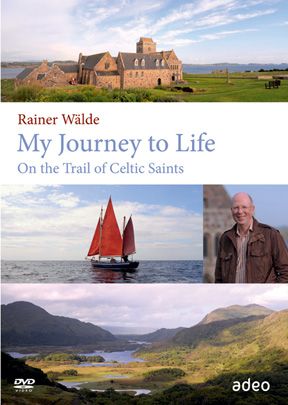 Discover the secrets the beauty of the ancient Irish church as host Rainer Walde goes on the trail of Celtic Saints.

Journey back in time to the origins of Christianity in Ireland and Britain. Travel from Dublin to Lindisfarne and find out about St. Patrick, Columcille, Brigid, Aiden and Cuthbert. Be inspired by the many ancient prayers, songs and rituals. Discover how a daily rhythm of life -- with set times for solitude and for Christian Communion --benefit our spiritual well-being. Explore how a spiritual life following the course of nature and admiring creation can help us to draw near to God.

This vivid celebration of Irish monks travels to historic abbeys and Christian communities in Ireland, England, and Scotland, as German journalist Rainer Walde takes viewers on a tour of sites related to several Catholic saints: Patrick of the Hill of Slane, Brigid of Kildare, Kevin of Glendalough, Columcille of Iona, Oswald of Bamburghm, and Aidan and Cuthbert of Lindisfarne. Arranged chronologically, My Journey to Life visits ruins and countryside locales, interviewing glimpses of artwork and artifacts, readings from spiritual texts, commentary from religious scholars, and even some musical interludes (Harpist Cliona Davis performs an authentic Celtic tune, and the Crux Vocal Ensemble sings an ancient hymn in the ruins of Glendalough). Walde stops at the Gallarus Oratory, an early place of worship in Ireland; checks out the Trinity College Library in Dublin, where the Book of Kells is preserved; and travels to present-day Christian communities. Along the way, viewers will hear some discussion of New Monaticism and a few of the questions Christians ask of themselves and their faith; What does the Gospel mean, and what does it mean to follow Jesus today? In Closing, Walde's wife describes how inspired by their sojourn in Ireland, the family incorporates Christian ritual into daily life. Backed y stunning cinematography and a lovely Celtic soundtrack, this is highly recommended.

German-speaking Rainer Walde guides the audience on an exploration of sacred places in Ireland and England. Each of these places in connected to a saint.

The pacing of this program is very meditative, and the scenery is breathtaking. From the island of Iona to Northumbria, scenery is interspersed with commentary about the lives of the saints who resided in these sacred places. Some of the saints whose lives are explored are St. Patrick, St. Bridget of Kildare, St. Kevin, St. Columcille (better known as Columba), St. Oswald, St. Aiden, and St. Cuthbert. Some of the connections between the saints are highlighted such as how St. Bridget was baptized by St. Patrick or how St. Oswald and St. Aiden went together on preaching missions.

This DVD is not an exhaustive history of any of the featured saints. However, it does offer the viewer an introduction to the people and places that have been pivotal in Celtic Christianity. More like a sampler than a main course on any one saint, this video could whet the appetite for someone who would like to explore further the lives of these saints.

Most of the people who were interviewed for this DVD speak German but the English language track offers translation. The running time for the feature is 75 minutes.

This is a spiritual documentary following host Rainer Walde's exploration of ancient Christiantiy. From Christianity's origins in Ireland and Britain, to the beginnings of Celtic Christianity still practiced by modern-day followers in Iona and Northumbria, to recreations of ancient prayers and rituals,to the spiritual value of a life with set times scheduled for solitude and Christian communion, My Journey to Life is a thoughtful journey of the faith that has sustained human beings for gernerations. Highly recommended especially for DVD libraries with a Christian spiritual focus. English and German audio tracks, 75 mins. This is a choice pick for Christian familites with young people ages 8-12.

Rainer Waldes "Blessing Europe The Legacy of the Celtic Saints" and "My Journey to Life On the Trail of the Celtic Saints" provide excellent introductions to Celtic Christianity and spirituality. Walde is a German author and filmmaker and also someone whose life has been deeply touched by Celtic Christianity. Originally filmed in German and this should tell you something of the worldwide appeal of Celtic spirituality . These elegant and visually attractive documentaries provide over two hours of material on the major Celtic saints, and key Celtic sites all the way from Bangor, to Luxeuil, to Babbio. Walde weaves his story around Columbanus, his strict religious rule, and missionary journeys which are seen as a prototype that many other of the Celtic saints would emulate. And as Columbanus carried the gospel message across the Irish Sea and also across Europe, he left numerous monasteries and places of learning which attracted people from all social classes, and altered the face of Europe. It was in this way that the Celtic monks saved civilization. The documentaries also provide insightful introductions to other key Celtic saints such as Columba, Bridget, Aidan, Patrick, Kevin, and others. One of the best features of this series is the combination of hagiography, use of key literary texts, and music selections. All these factors contribute to provide the viewer with the sense that Celtic Christianity was a powerful and significant spiritual movement which produced beautiful things such as the Book of Kells and stone crosses, but also people of the highest caliber imaginable. These productions are of the highest quality and I highly recommend them to anyone who is interested in learning more about the Celtic saints and spirituality. Viewing these productions is time well spent. 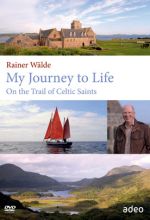 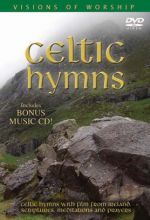 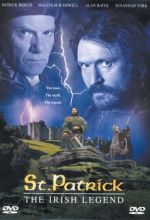