Catholic Heroes Of The Faith: The Story of Saint Perpetua 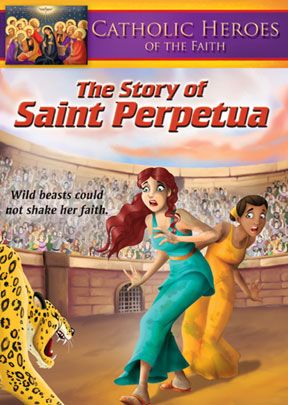 It is the year AD 203 in Carthage, North Africa. Perpetua, an affluent young mother, is charged with converting to Christianity and is sent to prison. But Perpetua's freedom can be secured easily. All Perpetua has to do is offer one pinch of incense in honor to the Roman gods. With this simple act of devotion and loyalty to the Roman Empire Perpetua can regain her freedom and return to her son and a life of comfort. As Perpetua's father pleads for Perpetua to consider the welfare of her child and the reputation of their family, Perpetua slowly makes her way to face the Roman proconsul and declare her final decision. What will it be? This inaugural episode of Catholic Heroes of the Faith presents one of the most influential, true stories of the Early Church. Fullscreen.

Uplifting half-hour animated dramatization of the arrest, imprisonment and martyrdom of Sts. Perpetua, Felicity and their companions in the North African city of Carthage circa 203 AD. Aimed at viewers eight and up, the hand-drawn cartoon adheres to the journal Perpetua kept in prison, and shows her pagan father’s efforts to convince her to abandon the faith, her bold testimony during her trial and -- as recorded at the end of the journal by a follower -- her fortitude in the arena. Part of the series “Catholic Heroes of the Faith,” the DVD provides a first glimpse into the early history of the church and makes an excellent catechetical tool. Spanish language and titles options.

This short animated film tells the story of Saint Perpetua and her companions, who were martyred in Carthage, North Africa, in the year 203. The animation is good, the best of any Catholic animated films I've seen, though not quite reaching the quality of "The Prince of Egypt." The storyline, however, is rich and historically detailed, skillfully bringing to life the sorrows and fears, hopes and joys, present in the life and struggles of these martyrs, and the Early Church in general. In particular, the concept that those awaiting martyrdom might fear pain, but do not fear death, is very helpful and hopeful!

No surprisingly, the story is quite dramatic in nature, although the producers have skillfully avoided gory details of the story that are unnecessary for children. In fact, for many children the movie might be a good introduction to the idea of martyrdom. The comic relief, provided by the devout pagan jailer (a real-life character who ends up converting and tells Perpetua's story to others!) and his attempts to communicate with his "gods," helps draw children into the story as well. My younger children (ages 5-11) have been entranced by this story and have since developed a devotion to Saints Felicity and Perpetua -- thanks to this film.

I do recommend previewing the movie first before sharing it with younger or more sensitive children.

Mike Aquilina, a preeminent Catholic author and speaker on the Fathers of the Church (and a homeschool father of six!), served as script consultant for this video.

The same company has also produced a 55-minute documentary entitled "The Passion of Saint Perpetua: Martyr of the Faith" which is also quite good and includes detailed commentary from Mike Aquilina. Although it has some content that is a little more mature than that found in the video, on the whole it's surprisingly family-friendly and is quite moving!

The sufferings of Perpetua and her friends, as well as their ultimate triumph, are well told in this DVD. Script consultant Mike Aquilina’s deft touch can be discerned at several points, particularly in a tantalizingly brief depiction of the liturgy of the early Christians, a subject on which Aquilina has written extensively. Overall, the scriptwriters did their homework well, and have produced a story with a high degree of historical accuracy. The artwork is also of a consistently high quality. The richness of the colors and the vividness of the character drawings are at times reminiscent of "The Prince of Egypt" and other Hollywood productions. "The Story of Saint Perpetua" is highly recommended for Catholic Grade Schools teachers, PSR or CCD catechists, home-schooling parents, and Catholic parents who want their children to learn about the saints and martyrs of the early Church. It is primarily aimed at children eight to twelve years old, but, like many animated movies, adults will find it interesting as well.

We love this movie! I think someone in my house watches it every day. The details are accurate and the story well told. I was so inspired I started researching and what I found was mirrored in the movie. Very well done,we can't wait to see whose story they will tell next.

Leader's guide for The Story of Saint Perpetua

Student Handouts for The Story of Saint Perpetua 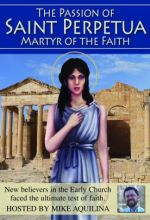 The Passion Of Saint Perpetua: Martyr Of The Faith 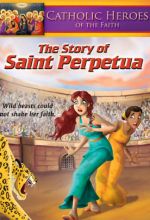